I have decided to Re-Publish This Website for the Fiftieth Anniversary of the JFK Assassination.
JFK ASSASSINATION, BRIEF ASSESSMENT SUMMARY INFORMATION FACTS and Theories:

The International conspiracy that put LBJ in the White House.

The First Conspiracy Theory and the Formulating of the Warren Commission's Lone, Single Assassin Theories. 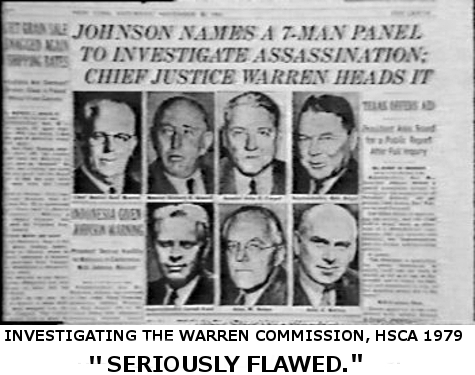 NO, the people who Orchestrated and Executed this Assassination had much more power and motive then Lee Oswald ever Could.

And I'll Let Jack Ruby Explain That, He did an Excellent job of scratching the surface on this day.

"I'm the only one in the background that knows the truth.
Everything pertaining to what’s happening has never come to the surface.

The world will never know the true facts of what occurred, my motive.

The people had so much to gain and had such an ulterior motive for putting me in the position I’m in, will never let the true facts come above board's to the world."

Q: Are these people in very high positions Jack.

The YEAR 1975 THE ZAPRUDER FILM IS FINALLY BOOTLEGGED AND SEEN BY THE AMERICAN PEOPLE.
AND BECAME THE RALLYING CALL FOR FURTHER INVESTIGATION.

So after two Major Government investigations, there are just two simple Questions remaining to be answered, WHO WAS INVOLVED, WHO KILLED JFK AND WHY.

AND THAT'S HOW THE MURDER OF A PRESIDENT OF THE UNITED STATES HAS BEEN LEFT TO THE COURT OF PUBLIC OPINION.

AND NO, I DON'T BELIEVE IT HAPPENED THE WAY THE WARREN REPORT CLAIMS IT DID,  EITHER
AND HERE IS MY RESEARCH, EFFORT, REASONS AND THE PROOF TO BACK IT UP!

WE MAY AT LEAST BE ABLE TO ANSWER ONE QUESTION, WAS IT A LARGER CONSPIRACY OR NOT.
AND SOME OF THE ANSWERS MIGHT BE FOUND IN THE FILMS AND PHOTOGRAPHS TAKING THAT DAY NEAR DEALY PLAZA AND THE GRASSY KNOLL.
The fact is, It is about the only place left, we may ever find the truth to that question in this case.

AND YOU CAN VIEW MY RESULTS BELOW IF YOU CHOOSE.

About the site:-
You'll Fine IN-DEPTH INFORMATION FACTS AND GRAPHICS photos and pictures on Subjects Concerning the Assassination of President John F.Kennedy. 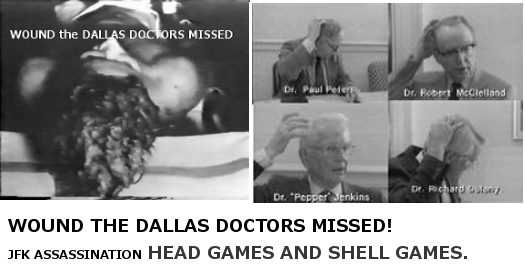 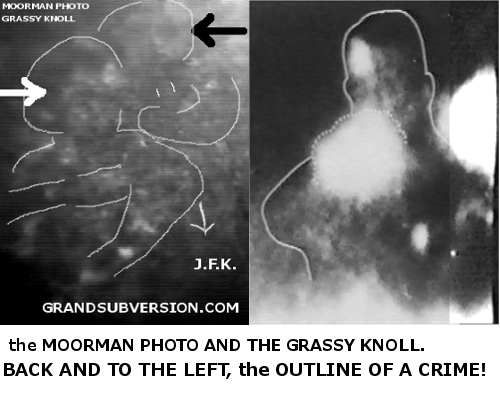 
As for Myself, This Overlooked IMAGE on the Grassy Knoll at the time the shots were fired is the reason among others this site exists.Of all the film and photographs taken near Elm and Huston and Daily Plaza that day, This one shabby instant Polaroid photo that was released within hours after the assassination, It Is the only real image we have of the grassy knoll as the shots ring out. Taken by Mary Moorman form across Elm street as the President passed.

And this is perhaps THE MOST STUDIED PHOTOGRAPH IN HISTORY,  AND LOOK AT WHAT'S BEEN MISSED...
CLICK IMAGE FOR CLOSE_UPs  OR  ENTER SITE HOME PAGE. 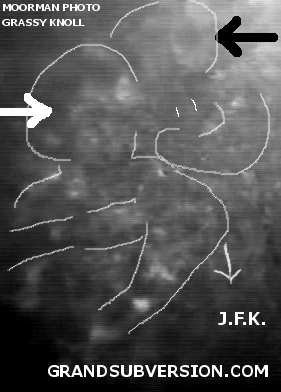 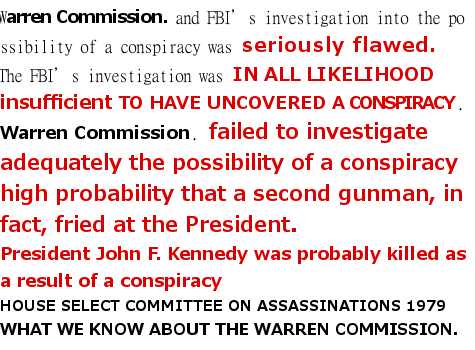 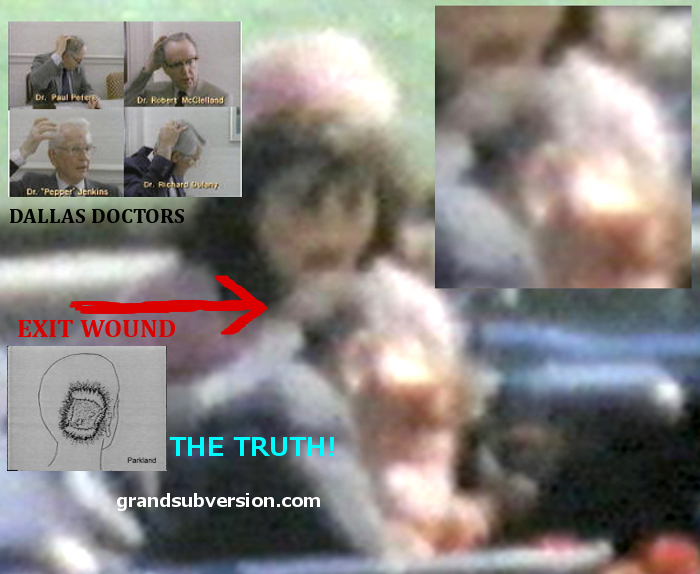